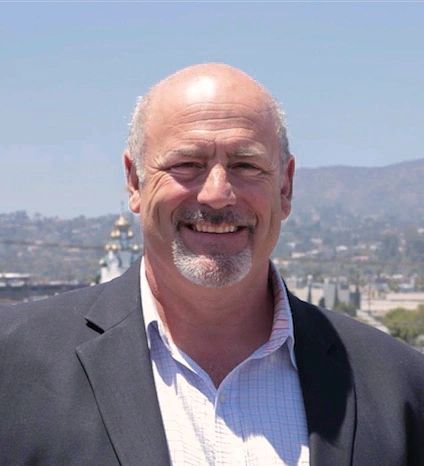 Thanks for visiting my campaign website. I’m running for City Council because I believe LA City’s most pressing problems are not being effectively addressed.

For example, since 2010 there has been a model for effectively addressing homelessness…why hasn’t Los Angeles  made use of that model?

It’s called Haven of Hope, and has been operating in San Antonio, Texas for the past eight years—during which time the number of people experiencing unsheltered homelessness in that city has decreased by 15%.

As a journalist covering and commenting on government in Los Angeles for years, I have learned a lot about what works and doesn’t work in local governance. I currently serve as the government affairs Chair of the Studio City Neighborhood Council. Before going into journalism, I spent thirty years as a television writer and producer—and member of the Writers’ Guild of America—living in Studio City, where I raised my two children.

In 2016, as a co-plaintiff with the ACLU, I won a case at the California Supreme Court requiring the County of Los Angeles to disclose legal bills paid to outside private law firms. In 2019,  I won a Brown Act case against the City of Los Angeles ensuring that all members of the public have a right to be heard at Special Meetings.

I believe the skills and experience I’ve developed over my career are well-suited to the office of Council Member, I hope you’ll support my campaign.

Thanks for your consideration,

Paid for by Eric Preven for Council 2020

Here are links to articles co-authored with my brother Joshua Preven.

Here are some examples of public comments delivered by me and other video materials.

Your donation is an opportunity to be part of something bigger.  Give today!

A thirty-five year resident of Studio City, Eric Preven has spent the past decade fighting government corruption in Los Angeles, as an award-winning journalist, member of the Studio City Neighborhood Council, and winner of two landmark government transparency legal cases against the City and County of Los Angeles. Mr. Preven’s work has appeared in The Intercept, the LA Daily News, The New Republic, and the New York Times—and has three times won LA Press Club awards.

In 2016, as a co-plaintiff with the ACLU, Eric Preven won a case at the California Supreme Court requiring the County of Los Angeles to disclose legal bills paid to outside private law firms. In 2019, he won a Brown Act case against the City of Los Angeles protecting the right that all members of the public have a right to be heard at public meetings.

Before becoming an open government advocate, Mr. Preven, a University Michigan graduate, spent  thirty years as a television writer and producer—and member of the Writers’ Guild of America. His two kids went to Carpenter Avenue Elementary School and Walter Reed middle school and then Oakwood and Campbell Hall.

In his free time, Mr. Preven loves swimming, cooking, and occasionally writing poetry. His late dog Molly was able to open and close doors from either side.

Mr Preven is an enthusiast of the architect RM Schindler, who designed Mr Preven’s house in 1946.

The Los Angeles City Council must allow people to testify on issues considered during their “special” meetings, which are called with just one day of notice, a three-judge panel has ruled.

In a 15-page decision, the 2nd District Court of Appeal said the council improperly prevented Studio City resident Eric Preven from weighing in on a development issue taken up during a special meeting in 2015.

The decision represents a victory for Preven, who has long argued that Los Angeles does not comply with the provisions of the Ralph M. Brown Act, the state’s open meeting law. Preven, who serves on the Studio City Neighborhood Council, argued in his lawsuit that council members had repeatedly used a faulty legal rationale to shut down public comment.

“It’s not a single incident,” he said. “The city has been engaged in a pattern of abuse on the Brown Act.”

The ruling took aim at the city’s practice of prohibiting people from speaking on agenda items that were considered in special meetings when the same items had been discussed at a previous committee meeting. Special meetings can be called just 24 hours in advance, whereas regular council meetings require at least 72 hours’ notice.

Preven said the council has held more than 100 special meetings since the 2015 incident that triggered the lawsuit. It’s not clear how many times public testimony was wrongfully barred during those meetings, he said.

The ruling, which was issued Friday, sends Preven’s case back to the trial court for additional proceedings. A spokesman for City Atty. Mike Feuer said his office is reviewing the decision and declined to comment further.

Preven’s lawsuit focused on a pair of meetings held roughly three years ago about a shopping center project planned at Sportsmen’s Lodge in Studio City, not far from his home.

On Dec. 15, 2015, the council’s five-member Planning and Land Use Management Committee took up the shopping center proposal and Preven weighed in on it. The following day, the 15-member council conducted its own vote on the Sportsmen’s Lodge project during a special meeting.

Preven asked to make public comments on the proposal again at the council’s Dec. 16, 2015, special meeting. He was denied the opportunity on the grounds that the matter had already been heard, with public testimony received, at a council committee the previous day, according to the court’s ruling.

Nine months later, Preven filed a demand letter with the city, saying the council had violated the Brown Act, which spells out the rules for public input at government meetings. He later sued.

Feuer and his lawyers had argued that the council has no obligation to grant members of the public the opportunity to testify a second time on an item already heard in committee. A Superior Court judge agreed, saying Preven did not have the right to make additional public comment.

The appeals court reversed that decision, saying it was made in error. State law does not permit government agencies to prohibit public comment on agenda items considered during special meetings, the court said.

Under state law, city officials can refuse to take public comment on an issue considered during a regular council meeting, if public comment was taken on the same issue at a committee. That exception does not apply to special meetings, the court said in its ruling.

“Given the plain language of the statute … we find the Brown Act does not permit limiting comment at special city council meetings based on comments at prior, distinct committee meetings,” the ruling said.

Los Angeles County pays a lot of money to private law firms to defend against lawsuits brought by people who assert they were beaten, mistreated or abused while in custody, especially in the county’s notorious jails. In order to adequately assess how well the county’s sheriff and Board of Supervisors and their appointees are managing their resources, the public — taxpayers, voters and residents — need to be armed with basic information about those suits, including the legal bills that lawyers send to the county for payment.

Eric Preven is one such county resident, and he sought the invoices for a handful of cases under the California Public Records Act. When the county rejected much of his request, he and the American Civil Liberties Union of Southern California sued. A judge ruled in Preven’s favor a year ago, but in April an appeals court sided with the county, accepting its argument that billing records — indeed, anything at all that passes between a lawyer and client — are protected from disclosure.

That’s an unduly expansive reading of the attorney-client privilege, which is widely understood to apply to a lawyer’s advice, a client’s directives and other substantive communications made in the scope of the lawyer’s representation, but not to billing records of the type sought by Preven and the ACLU, cleansed of sensitive information. In the case of Los Angeles County, where voters or residents might understandably believe they are collectively the clients and ought to have access to relevant information, the privilege protects not them but their elected representatives, the Board of Supervisors.

The public should be pleased that Preven and the ACLU are not taking the ruling lying down. Last week, they petitioned the state Supreme Court to overturn the decision.

As intriguing as the legal issue is, however, it should not obscure the basic fact that the supervisors, as the client, have the authority to waive the privilege and release the documents right now — but have opted instead to fight.

But the supervisors surely remember that their lawyers work for them and not the other way around. The supervisors, however, do work for the public. They should release to the public the bills for which the public, after all, is paying, and not wait for the state Supreme Court to act.